Expert Statement on the Sedentary Office 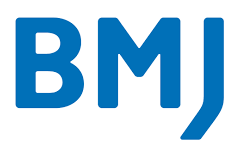 
This is the first recommendation globally on curbing health risks of too much sitting at work.
"For those working in offices, 65 - 75% of their working hours are spent sitting, of which more than 50% of this is accumulated in prolonged periods of sustained sitting".

"The evidence is clearly emerging that a first 'behavioural' step could be simply to get people standing and moving more frequently as part of their working day”, they say, adding that this is likely to be more achievable than targeted exercise.

Based on the current evidence Active Working recommends:


Some companies have already invested time and money creating a more active working environment for their staff, but those that haven’t should evaluate how best to achieve the recommendations. This could include deciding when and how staff take breaks which involve standing and movement; and desk designs and technologies that allow employees to do their job more easily either at their desk or from other locations in the office while standing up.

The authors acknowledge that much of the evidence they draw on for their recommendations is based on observational and retrospective studies, which make it difficult to prove direct cause and effect. Nevertheless, they emphasise: "While longer term intervention studies are required, the level of consistent evidence accumulated to date, and the public health context of rising chronic diseases, suggest initial guidelines are justified." 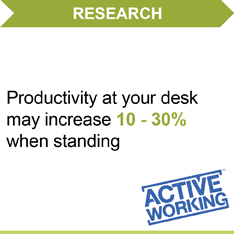 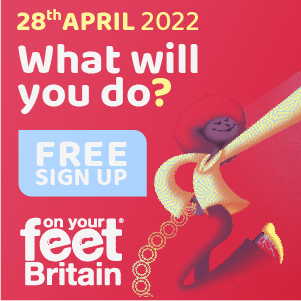 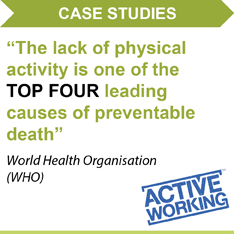 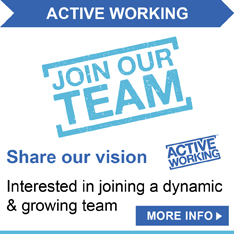 Our fully integrated “Active Working Wheel” approach allows companies to source the optimal mix of solutions with the essential training to maximise the benefits and increase the return on investment.

Get started on the right foot with our simple, practical and cost effective support.